Share a memory
Obituary & Services
Tribute Wall
Read more about the life story of Ellojean and share your memory.

Born January 6, 1938, in Watertown NY, a daughter of Russel B. and Beatrice Covey Carpenter. She attended school in Watertown then later at Hounsfield in Sackets Harbor.  She didn’t graduate at that time due to health reasons but later went on to receive her GED, which she was very proud of.

Her husband served in the Air Force for 20 years, starting their married life in Texas. They then went on to  live in several different locations like Puerto Rico and Homestead Florida, later ending up at Griffiss Air Force Base in Rome.  Being a military wife meant they would move their family when the need would arise, every few years or so.  She not only raised 5 children during this time, but would work waitressing jobs to make extra money when the family needed it.  After her husband’s retirement from the military, she went to work at Samaritan Keep Home, and later at Samaritan Medical Center in the laundry department where she worked up until her retirement in 1995.

Jean loved to knit and crochet, making dolls and afghans for family and friends.  She even attended a few craft shows to sell some of her creations. She enjoyed baking, always making her famous gum drop and zucchini bread during the holidays, and making sure we all received some!  She enjoyed hunting with her husband and boys.  When she wasn’t baking you could find her “playing in her garden” as she called it, enjoying planting and caring for her flowers. She was also an avid reader, and would swap books with whomever she could. The Green Bay Packers were her team!

She had the opportunity to take the trip of a lifetime, traveling on a 20 day journey thru the United Kingdom which she fondly remembered often.

She was a member of the Sackets Harbor American Legion.

Her husband of 41 years, LeRoy, a son, Kevin, and a brother Larry Carpenter and his wife Roberta all predeceased her.

Arrangements with DL Calarco Funeral Home, Inc. There will be no calling hours per her wishes.  A burial and graveside service will be planned for spring.

To send flowers to the family or plant a tree in memory of Ellojean Fitzgerald, please visit our floral store. 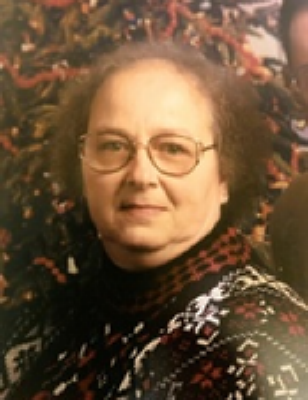 Family and friends are coming together online to create a special keepsake. Every memory left on the online obituary will be automatically included in the book.

You can still show your support by sending flowers directly to the family, or by planting a memorial tree in the memory of Ellojean Fitzgerald
SHARE OBITUARY
© 2023 D.L Calarco Funeral Home, Inc.. All Rights Reserved. Funeral Home website by CFS & TA | Terms of Use | Privacy Policy | Accessibility